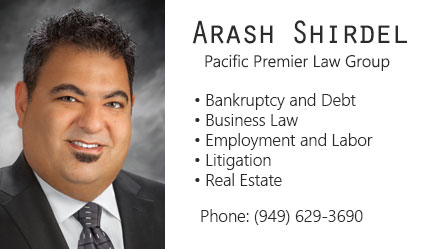 Mr. Shirdel also a licenses as a patent attorney before the United States Patent and Trademark Office.