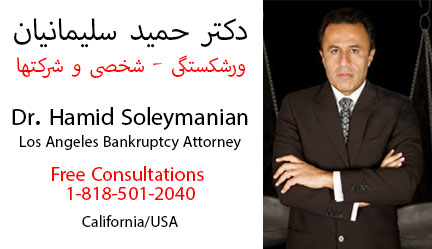 Hamid Soleimanian received his Bachelor of Science from the National University of Iran in 1979.

After moving to the United States, he pursued his studies and his never ending passion for the law. He supported his family and attended La Verne School of Law. Overcoming many challenges along the way, he received his Juris Doctor Degree in 1995.

Hamid Soleimanian has been honored with the Amjure Award for Lawyering Skills and Practicum. He is an active member of the California State Bar Association. He also serves on the Board of Directors for the non profit organization ARM (adavanced research myopathies) whose objective is to find a cure for the HIBM muscle disorder.