Under the law, you can sue in federal court and recover up to $1,500 per call for cell phone robocalls. 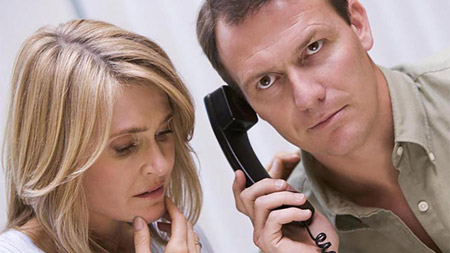 HLF assists people who are wrongly contacted by companies looking for a different person, as well as those who were contacted after first requesting that a company stop calling them.

Anyone who was called on a wireless number, whether personal or business, may have a claim as well, if the telemarketing company did not receive the called party’s prior express written consent.

2. Telephone solicitation calls are prohibited before 8 am or after 9 pm.

3. Telemarketers must comply immediately with any do-not-call request you make during a solicitation call.

4. Telemarketers, when calling ANY wireless number for solicitation services, must receive the called parties prior express written consent.”

Debt collection agencies rake in money. Big money. It’s a $13 billion industry. But those numbers – as staggering as they are – tell only one side of the story. The other side is the story of the 77 million Americans who have debts in collection.

One in three Americans has a bill that has been sent to a debt collector. The average debt in collection amounts to $5,178. Last year, debt collection agencies collected $55 billion, and raked in more than $13 billion in profits. A third of that came from debt buyers, who purchased charged-off debt for pennies on the dollar.

Most Americans don’t know their rights. Every day, debt collectors coerce, intimidate, threaten, and harass consumers into paying money they may or may not owe.

When they use those tactics, debt collection agencies are in violation of the Fair Debt Collection Practices Act (FDCPA).

The FDCPA makes a number of debt collection tactics illegal, including:

• Calling multiple times per week
• Calling before 8:00 a.m. or after 9:00 p.m.
• Calling your workplace
• Using profane or abusive language
• Threatening to sue you, harm you, or destroy your credit
• Talking to others about your debt
• Calling repeatedly for the wrong person
• Failing to notify you of your right to dispute the debt
• Failing to send you a letter within five days of their first phone call
• Telling you that you’ve committed a crime
• Contacting you after you’ve asked them not to
• Threatening to take legal action on a debt that’s past the statute of limitations

There’s another law that debt collection agencies (and creditors) are known to violate: the Telephone Consumer Protection Act (TCPA). When a debt collector or creditor robocalls your cell phone using an automated dialer or a pre-recorded voice, they’re likely violating your rights.

The FDCPA and TCPA don’t just protect those who owe money; the law protects anyone who is contacted by a debt collector. So, for example, if you keep getting hounded by a debt collector who’s calling for someone you don’t know, that’s against the law. The same holds true if a collector keeps calling you to talk to a relative who doesn’t live with you. Or if a creditor robocalls your cell phone multiple times.

Knowledge is power. When you understand what debt collectors and creditors can and cannot do under the FDCPA and TCPA, you can make them pay you.

Under the law, you can sue in federal court and recover up to $1,500 per call for cell phone robocalls.

When you are ready to fight back, you need an attorney by your side who has knowledge of the FDCPA and TCPA, and who works with a network of attorneys and firms, in holding debt collection agencies and creditors accountable.

That’s where HLF comes in. Everyday, HLF goes “toe-to-toe” with the bad players in the debt collection industry.

You can count on HLF to stand up for your rights and deliver the justice that you deserve. You have rights. We’ll enforce them.

If you need to register your telephone number with the “National Do Not Call Registry”, and/or for more information on this registry please visit: https://www.donotcall.gov/